[socialpoll id=””]I have launched a new book and a new series. The new book is “The Montana Doctor’s Bride” and is the first in “The New Montana Bride Series.” 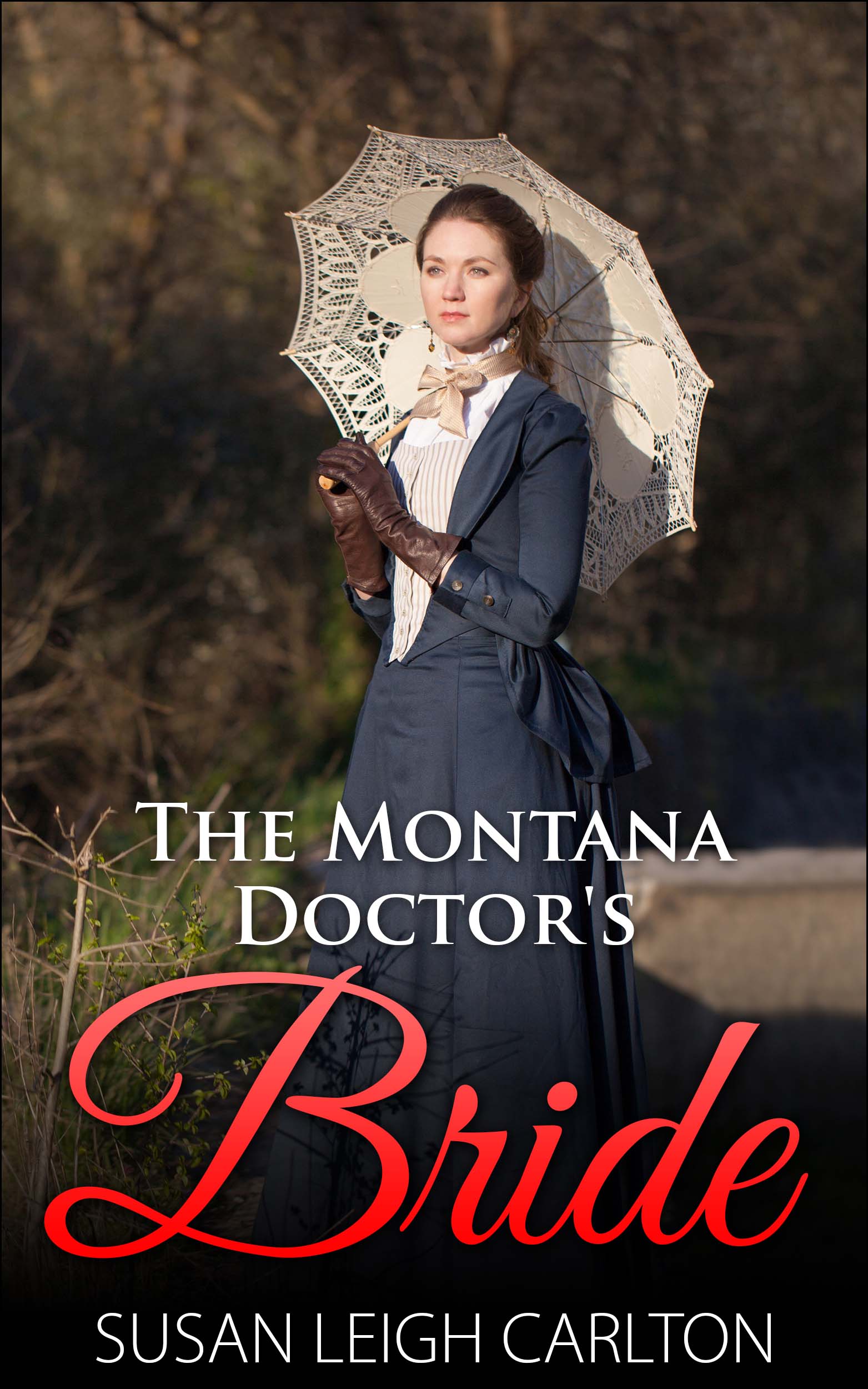 Purchase now by Clicking Here
Description: Carter Palmer was a young doctor fresh out of Georgetown University Medical School in Georgetown and a resident program less than two years when the Civil War broke out in 1861. He decided the Army of the Potomac, a division of the Union Army would offer him more experience in the expected short duration of the war than he would gain in several years of civilian practice. He left his new, young bride in Rockville and went off to war. He was proven right in one respect, he did gain an extensive amount of surgical experience in a very short time. The war was not over in the expected short time frame, however. It lasted four bloody, horrific years and he was there for all of it.

One thing kept him going those four years… the thought of returning to Rockville, Maryland and his beloved Lucy. He had not known when he would arrive, so he was not surprised when she was not at the station to greet him when he got off the train. He made his way to their home on Shady Grove Road, where he found a yard overgrown with weeds, the paint on the exterior peeling, and a musty smell inside. There was no sign of the house having been occupied in quite some time.

He went next door to ask Elizabeth Cartwright, Lucy’s best friend, if she knew where Lucy was. When Elizabeth told him Lucy had died more than a year previously from small pox, he was devastated. Elizabeth told him there had been no way to notify him since the Army had listed him as killed in action.

He could not get past the loss of Lucy, coupled with the haunting memories of the many men who had died on his operating table. It was too much at once. He decided he had to get far away from Rockville. Helena, Montana was chosen as his refuge.

He kept corresponding with Elizabeth after his arrival in Helena. After he found himself working as a contract surgeon for the Cavalry in a campaign called Red Cloud’s War, he found he was lonelier than before, and that he missed Elizabeth. He asked her to come to Montana and marry him. She rejected his proposal… Twice. Buy now by Clicking Here