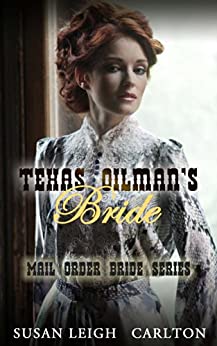 Texas has a longstanding reputation as a rough and tumble state. Texans have more pride in their heritage than any place I have ever been and I have visited forty-seven of the fifty states. The state fought for and won their independence from Mexico, then joined the union as a republic, with the privilege of being able to divide into as many as five other states. Nowhere is their reputation better illustrated than in the Texas Rangers. (The law enforcement agency, not the baseball team.)

The true story is told of a mayor of a Texas town asking the Rangers for assistance in quelling a riot. The mayor was aghast when the aid arrived in the person of a single Ranger. “They only sent one Ranger?” he asked. The Ranger replied, “One Ranger, One Riot”.

This story is set in Marshall and Beaumont, Texas. Marshall is slightly less than 200 miles from Beaumont. Oil was discovered in the area in 1930. For my story, I took the liberty of changing the date to 1901, in order to offer a sequel to my ebook, “The Widow Finds Love.”

This is the story of the Thomas family, originally cotton farmers, and how their life changed when oil is discovered. It is primarily based on Jonathon, Rebecca and Cassie Thomas, the children of the “yours, mine, and ours” blended family of Clint and Sarah Thomas.

In the story, Jonathon is the youngest of the siblings. He is a brilliant engineer, but is a loner. He doesn’t want to collaborate with anyone. He is upset when a new employee, Laura Ingram is assigned to work in Beaumont, with Jonathon as her mentor. Jonathon takes a desperate step to avoid working with her. His actions come back to haunt him when he falls in love with Laura, possibly destroying the budding love they have for each other.