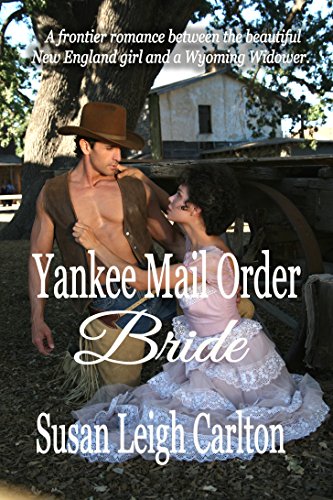 This is western romance novella about two young people searching for happiness.

Josiah Moore is a twenty two year old man, whose wife died of diphtheria, leaving him with a two year old daughter. He is devastated and not knowing where to turn. Perfection is not good enough for him. He lashes out at everyone, swearing at them and belittling them. Several men leave their jobs as ranch hands. He even takes a swing at his foreman who has been on the ranch as long as anyone can remember. When the housekeeper who had helped his mother raise him chides him for his behavior and for ignoring his daughter, he angrily heads for town and a bottle. A cowboy prods him into a fight. Before Josiah can take a swing, he is in the sawdust on the floor, bleeding from his broken nose.

The town doctor, an old family gives him a hard time, telling him his late wife would be ashamed of him. He returned home, his nose stuffed with cotton and both eyes black, then sets out to make amends to all of those he has insulted or neglected. When Beulah told him he needed a wife, he decided to place an ad for a bride. He was given the address of Mrs Barnhurst and he began a dialog with her.

Anna Taylor is the eighteen year old daughter of a wealthy Plymouth, Massachusetts clothing merchant. Her father is seeking to expand his holdings and has negotiated a merger between his corporation and that of a middle aged mill owner. He has agreed to have his daughter marry the mill owner, a conniving, lecherous old man. Anna is adamant she will not marry the old man while her father is equally adamant she will do as he wishes, and that is to marry the man. Anna slipped out of the house and ultimately found herself in front of a newspaper office. On the public board outside the office she read about mail order brides and ventured into the office to inquire about them. Mrs Barnhurst has brokered the ads and met with Anna and decided to help her.

The book then takes them down their paths and bringing them together and finally marriage.