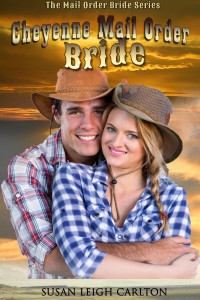 A portion of Chapter 1:
Yorkville, South Carolina 1862…
Christopher Simpson was resplendent in his gray uni-form. He wore his gray hat at a rakish angle. “Surely,” Jennie thought, “he is the most handsome of all of the men in the 4th Regiment,” as she watched the South Carolina Infantry march onto the platform to board the train that would take them to war.
The small town band played enthusiastically, if not very well. The sounds of “Dixie” stirred everyone’s heart. Two mongrel dogs ran through the crowd in a barking frenzy. Small children clung fearfully to their mother’s long dresses.
It was time to go. He kissed Jennie goodbye. He told his slender red haired wife of one month, “I’ll be home before Christmas, Honey. It won’t take us too long to teach them Damnyankees what for,” Christopher said.
“Promise me you’ll be careful, and promise me you’ll come back to me,” she pleaded.
“I promise. Now don’t you worry your pretty head. I’ll be back before you know it,” he promised.
Casualty Lists were posted on the board at the depot on Thursdays. Each Thursday, Jennie waited there until the lists were posted, week after week, and then year after year.
Christopher did not get home for the first Christmas as he had promised. In November of 1863, he came home for a few days, when the 4th Regiment was merged with another unit. After the fourth day, he boarded another train, bound for Virginia. It would be the last time Jennie saw her beloved Christopher.
The Confederate forces were successful in the beginning. The casualty lists were short. Christopher’s unit played a part in the major victory at Chancellorsville, Virginia in May, 1863. From there he fought in the battle at Gettysburg. The list posted each Thursday grew longer. By the end of the war, York County would lose twenty one percent of her male population under the age of forty.
On Thursday, May 12, 1864, Jennie saw what she had feared since the outset of the war. Christopher was listed as killed in action, May 6, in Spotsylvania County, Virginia. It came to be known as the Battle of the Wilderness. He was one of 1,477 Confederate troops killed that day.
When she read his name, she fainted and fell to the plank-board floor of the depot. Her friend and neighbor, Louise Wilson tried to catch her but failed. Someone brought water from inside the depot. Louise dampened her handkerchief and placed it on Jennie’s forehead.
Two of the elderly men on the platform helped put her in Louise’s wagon. Louise took Jennie to her parent’s home, where she had been living since Christopher left.
Jennie was in the fifth month of her pregnancy and would give birth to the red faced Christopher Hall Simpson in September.
Twelve years later…
On Jennie’s thirty third birthday, her mother had passed away and was laid to rest in the Adnah Church Cemetery. Jennie, Christopher, and her father were share cropping on the land they had once owned on the Adnah Church Road, outside Yorkville. The farm had been taken over by the bank when they were unable to repay the loan they had taken to pay taxes.
When her father’s health began failing and made him unable to work the farm properly, they barely scratched out enough to get by. Chris had grown into a strapping young man, strong and muscled from the hours he put in on the farm but it was more than a one man job. He dropped out of school to Jennie’s dismay to help with more of the farm work. She used her skill in sewing to make dresses for the ladies of Yorkville and supplement the meager widow’s pension she received monthly.
This is a good one. You can find it here on Amazon