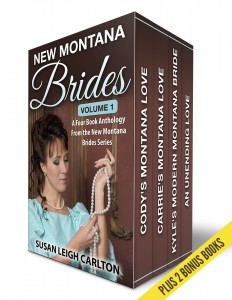 The Civil War decimated the male population ages eighteen through thirty in both the North and the South. At the same time, the miners lured by the gold discoveries traveled west, without wives, leading to a shortage of marriageable women. When loneliness set in, and dreams of riches faded, desperation caused, both males and females resorted to advertising for husbands and wives . One medium for advertising was a newspaper called The Matrimonial News. It accepted advertisements for wives and husbands. It was published from roughly 1860-1890. The women were called mail order brides.

It is available on Amazon here: New Montana Brides Volume 1